Bark at the Moon

In the era of the Vikings, in Norse mythology there were warriors who were called berserkers, some thought they wore wolf pelts however it , turns out the word means Bear Skin or Bare Skin) that sound as though 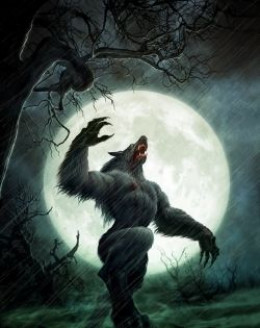 they were shapeshifters. They worked themselves up so much before a fight, it is said they actually turned into the animal.

The World’s first historian, Herodotus living in Greece in the 5th century traveled the known world learning first hand about the people he met. His book ‘The Histories’ (originally written on papyrus scrolls) records him learning of the tribes that lived around the Black Sea, and of the Neuri he says “each of them changes themselves once a year into a wolf in which he remains for a few days before changing back into his human self.

Prehistoric cave paitings show people dressed as wolves. Doning wolf heads and pelts, to capture the spirit of the creature. Transforamtion is said to permit men the Vigor, Cunning, & hunting dexterity of the Wolf (or whatever attributes that you see in the animal)

What is a werewolf?

1. a Human Transformation into a wolf

2. Clinically more modern use of the word is in reference to a mental illness called lycanthropy in which a patient believes he or she is, or has transformed into, an animal and behaves accordingly. This is sometimes referred to as clinical lycanthropy to distinguish it from its use in legends.

Lycanthropy is the transformation of a human into the form of a wolf, & takes place by magic to satisfy the taste for human flesh or by the desire of the gods as punishment for wrong doing.

Werewolves are men who change into wolf form, however it is not unknown among women and children. (Usually a metaphor for puberty and the onset starts around the time) You move around like the animal however, you supposedly are able to retain your human reasoning.

If you are harmed as a wolf, then you bring that injury back with you to the human form.

One of the ways you are suppose to determine if someone is werewolf, is that they have a pentagram in their palm, or hairy palms.

Normally the ability to change yourself into a werewolf is hereditary, bitten by a werewolf or a ‘talent you can learn’

Some legends say that if you intentionally transform you must hide your clothes carefully because without them, you can not turn back to your human form.

also there’s plenty superstitions abound on how you can become one OTHER than being bitten or a spell. If you are murdered, the son of a priest, eat a wolf, drink from haunted water or from a wolfs paw print, if you are born on Christmas Eve, conceived under a new moon, or sleep at night in the open with moonshine on your face.

The Hounds of God

Those that men call Werewolves or Lycanthropes call themselves the Hounds of God, as they claim their transformation is a gift from the creator, and they repay the gift with their tenacity, for they will pursue an evildoer to the very gates of Hell.

-The Graveyard Book by Neil Gaiman 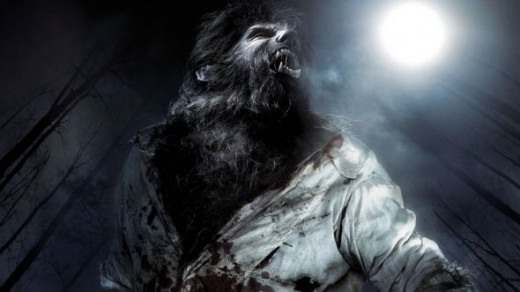 A new Wolf can only be made around every 13 years

“under a blood moon a man bitten is a man cursed”

I wish they would show these movies on Syfy channel again

I think they did every October when I first got the channel.

Andrew Viceroy commented on your answer to: “If vampires, zombies, and werewolves are all metaphors for certain human personalities and/or behaviors (e.g. zombies represent mindless consumers, vampires are abused abusers, etc.), which one do you think is the most accurate?” -from quora

I wasn’t asserting that there was one interpretation for any monster. In the spirit of mythology, midrash, and now, fan fiction, metaphors and reverse-engineered metaphors for any of them can change with the author. I’m simply interested to hear which ones resonate with people and why.

I could see addiction for vampires, given that there can be some internal conflict about turning another person, as well as some evidence for a heritable component, but only in a limited way concerning the latter. An addict is more likely to pass their addiction through their children than non-addicts are—that is true, but not so much in the exchange between people they’re attracted to. Vampires can give their ‘affliction’ to total strangers if they want to, without any say from the victim, while in real life, many people encounter addicts all the time and are easily able to refuse their influence, even if they’re in a romantic relationship with them. The thing that vampires want is *inside* the potential victim. So if it was an addiction metaphor, to be consistent, they would be craving something in non-addicts. That’s not sobriety, because the blood perpetuates the addiction, which sobriety wouldn’t do. Personally, I’m more inclined to see vampirism as, simply, the desire to dominate another by making them subservient.

Especially since The Walking Dead, speculation on zombies metaphors has exploded, but I grew up hearing about the ‘mindless consumers’ metaphor more than anything else. Does it work? I don’t know. Zombies want flesh and, unlike vampires, are never morally conflicted about doing harm to get it. The idea that people who are numbed by the seeking of material things, regardless of the consequences may or may not be an exaggeration, as most people are conflicted about their consumption affecting the lives of others, at least consciously. That said, there is an argument from history that this wasn’t always so (we were much more willing to ignore our exploitation of, say, cheap labor in foreign countries that supply our ‘toys,’ but now people are much more conscious of that). There’s also an argument from psychological evidence that people with more wealth are more likely to rationalize the exploitative ways they get that wealth, and that we become desensitized to the ‘things’ we have, so we need bigger and better things. The latter is only evidenced up to a point though. Apparently, once we get to a certain amount of wealth, having more isn’t significantly more satisfying (I think I read it was around 85K yr when the studies were done 5–10 years ago, so adjust for inflation, but what’s important is that there’s a turning point).

werewolves as abused abusers (too). They have a conflict of interest when they’re in human form. That works really well.

‘You know you’re a werewolf when’

Gut wrenching pain in all your bones as they and your organs undergo the transition from Human to animal and your perceptual awareness changes.

-Your tongue gets dry and you get thirsty

-Have an abnormal fear of water (akin to a rabid dog)

-You have a unibrow,

Are you a werewolf?

(birth mark that looks like a crescent moon or pentagram)

Dire (from Game of Thrones)

*denotes types I thought of 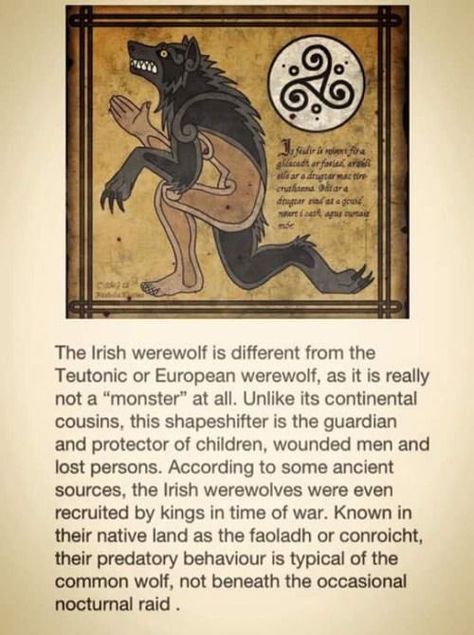 The Alpha of ALL alphas

(or at least called so in the Alpha & Omega book series)

a group is called a pack

Ways to turn into a werewolf

Of course either being bitten nor scratched by one there was a way to choose it. 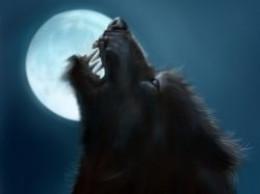 Drink the water from a wolf track.

However the salve alone was not enough, you woud have to also speak incantations (tho’ the above & following are not the ones that were used together.)

“I __(insert name)____ offer to thee, Great spirit of the unknown, this night of (date) My body my soul, on condition that thou grantest me, from this night to the hour of my death, the power of metamorphosing, nocturnally, into a wolf. I beg, I pray, I implore thee -Thee, unparalleled Phantom of Darkness, to make me a werewolf, a werewolf!”

“Come, Oh come!””Tis night! Tis night! and the moon shines white over pine and snow capped hil. The shadows stray through burn and brae and dance in the sparkling rill.

River, River, River Oh water strong, that swirls along i prithee a werewolf make me. Of all things dear, my soul, I swear, In death shall not forsake thee. 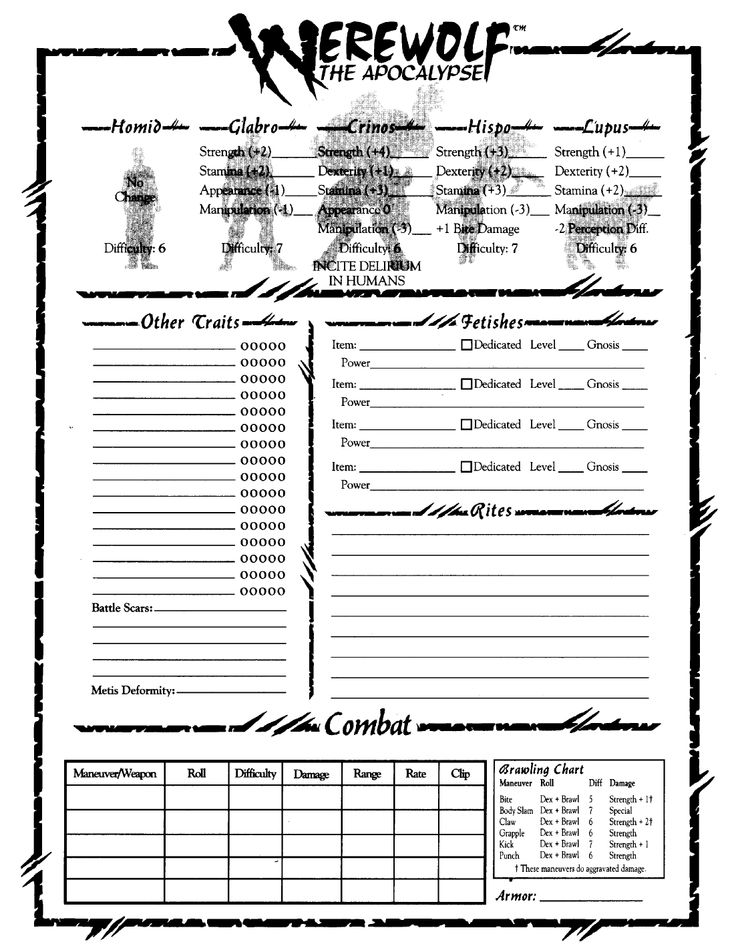 Here’s another printable sheet
bynightstudios.com/shop -get Clan pins, Printables and more
While the main legend of how to kill Werewolves is to shoot them with a silver bullet (or some other silver weapon); there is another legend of how to get rid of the werewolf without killing the person within that’s never or rarely seems to ever be mentioned. The wolf sheds its skin at daybreak. If you find the skin and burn it before the next Full moon The curse will be lifted and the wolf inside the person dies.

An American Werewolf in London

An American Werewolf in Paris

Legend of the Werewolf

The curse of the werewolf

Kiss of the beast

The Werewolf vs the Vampire woman (1970 Spanish)

Cry of the banshee

Cycle of the Werewolf

I was a teenage werewolf

The Boy who cried Werewolf

Curse of the werewolf

Cry of the werewolf

How to make a monster

Posts may contain affiliate links; which means I might receive a small commission (at no additional  cost to you) if you make a purchase through a link (usually amazon).

Any items listed are products I personally and highly recommend. (some are also products I am looking into purchasing)

Let me introduce myself

Copyright © ZodiacImmortal. Unauthorized use and/or duplication of any of my material without express and written permission from this blog’s author Kim Marie Ostrowski is strictly prohibited. Excerpts and links may be used, provided that full and clear credit is given to ZodiacImmortal with appropriate and specific direction to the original content.

Getting around my world


LUME
get a discount when you use my referral code

join HONEY and save money

I've been using HONEY for a few years now, it finds coupons and i get notified when the price of an item on my list is dropped.
In this world we all need to save some money (and from the sound of it there's a shortage on coins! Amazon, Wish and they also have a list of stores. You will also earn Honey Gold... which is their rewards program you earn gold to redeem gift cards... they save you money and then give you money... How can you go wrong?


Want to find items for less?
Buy through WISH, Even the shipping is reasonable.
Get up to 50% off when you sign up and use My code for your first purchase.

This one is to make text banners,

Find out more about graze here


* Get $3 off your loot crate subscription